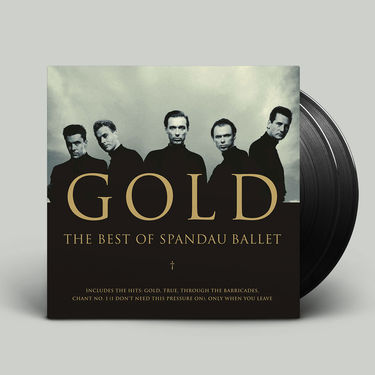 Gold (The Best Of Spandau Ballet)

As the band are about to embark on an exciting new chapter GOLD pulls together all the band’s greatest songs as well as two tracks (This Is The Love and Steal) recorded with the legendary Trevor Horn in 2014.
This double album is available On vinyl for the very first time.

Spandau Ballet defined the 80s in London the way that The Who defined the 60’s, Bowie defined the 70’s and Oasis defined the 90’s, as Robert Elms say in his sleeve notes to GOLD “You’re hearing the sound of a city at a remarkable stage in its story”.

Spandau Ballet became one of the most commercially successful bands of the decade, and during their career they notched up 23 hit singles and spent a combined total of in excess of 500 weeks in the UK charts, achieving album sales of over 25 million worldwide. Some of their songs, like “True”, “Gold” and “Through the Barricades”, have become standards, while “True” has now achieved well over four million plays in North America alone and “Gold” was the true soundtrack to the London 2012 Olympics.